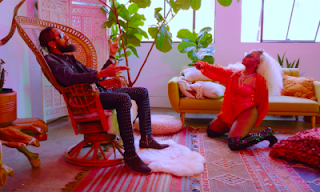 Top Nigeria’s Indigenous rapper, Phyno comes through with the video to his hit single “Ojimo” which is an igbo word that translates to ‘E hold me’.


The track off his recently released studio album titled “Deal With It”.

The video features Diddi Emah from Beyonce’s Coachella performance, with beats from Kel P and video which was shot in the US was directed by Patrick Elis.