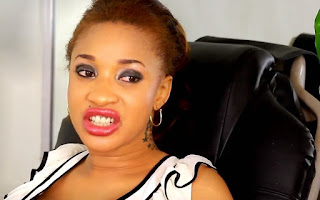 Controversial Nollywood actress, Tonto Dikeh has condemned the inhumane treatment meted out to the alleged fake beggar who was caught in Abakiliki, Ebonyi state.


According to the story surrounding the said ‘exposed’ fake beggar who feigned accident victim, but refused to be taken to the hospital but a good-hearted man who wanted to take him to the hospital for treatment.

From there, many revelations about the beggar emerged, even that his bandaged limbs were faked and a tool to aid his extortion, which then led to him beaten mercilessly and the video had gone viral online. 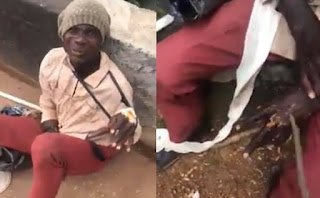 This prompted Tonto’s reaction to one of the video posts on social media. According to the actress: “BUT WHY BEAT HIM…WE ARE JUST ANIMALS IN THIS COUNTRY, HAND HIM OVER TO THE POLICE…
2WEEKS AGO A VIDEO OF SAME THING BUT ON AN AMERICA BEGGER SURFACED, THE VIDEO CREW NEVER BEAT HER NOR TOUCH HER..THEY ONLY USED THEIR POWER OF THE PRESS TO EXPOSE HER..

IF YOUR GOVERNMENT Provided Jobs would this Old man be Deceiving people to Feed himself??? THINGS LIKE THIS MAKE ME SAY " I MUST BE A LEADER SOMEDAY AND CHANGE SHIT.”