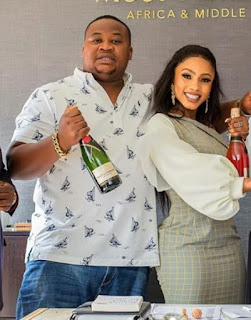 BBNaija 2019 winner, Mercy Eke has raised another concern over her recently alleged soured relationship Nigeria’s big boy and club owner, Cubana Chief Priest which all points to the fallout from her much celebrated endorsement with popular drink brand, Moet.


Many had prior to now casted huge doubt on the authenticity of her Moet ambassadorship deal which many believed it was just a media game, aimed only at creating false impression that she was on top of her game after the end of the BBNaija show. 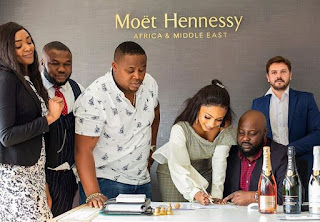 Now she has gone a step further by deleting all the photos she had previously posted from her signing of the deal on her Instagram, which featured Cubana Chief Priest, whom she had equally fell out with going by recent stories. He had un-followed her on IG, and deleted all her photos from the signing of the now ill-fated endorsement.

But we are yet to ascertain the true cause of all these drama, especially Mercy’s latest action.