Home Interviews News/Gist Comedian Funnybone insist his wife must be like his late mother.

Comedian Funnybone insist his wife must be like his late mother. 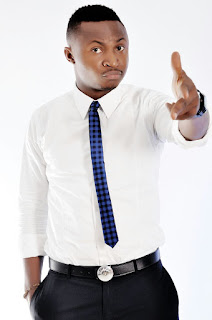 Nigerian comedian, Funnybone is not coping easily with the death of his mother as revealed by his recent words.


The talented comedian has made known his feelings regards the loss of his mother. In a recent interview with Sunnews, he said: "I have been trying to console myself with the fact that she is somewhere better and resting now. She lived a life."

On Marriage plans:
Funnybone who is still single revealed equally that he would like to marry someone like his late mom: “I wish to marry a woman like my mother but if I compare my mother with the kind of women I see now, I won’t get married. You can’t find that breed again. But, I had a picture of what she wanted for me and I would work with that. She wants unity. Someone that would solidify the love my siblings and I share.”