Home music News/Gist Davido unveils the cover art for his upcoming album due out this weekend.

Davido unveils the cover art for his upcoming album due out this weekend. 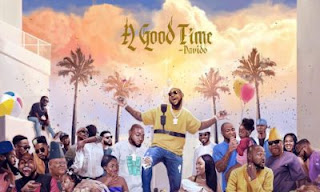 Davido who recently announced the readiness of his new musical album titled, “A Good Time,” took a step further by unveiling to his fans, the beautiful art cover for the highly anticipated album.


OBO equally revealed that it him 7 years to get the album ready will be released this Friday, 22nd November, 2019. Sharing the photo on his Instagram, Davido wrote: 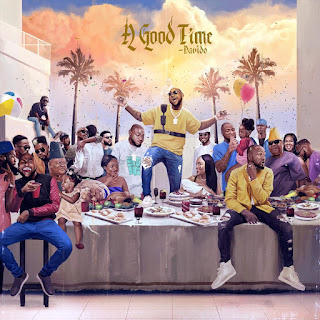 “It’s been a long 7 years. A lot has transpired in my life since my debut album ‘Genesis’, and I, David Adeleke (aka Davido) have gone through a process of immense changes and growth. In sad times I lost close family and friends (RIP) and in my happiest times I’ve created lives (Imade, Hailey & David Jr).

I fell in love and got engaged to my PHENOMENAL fiancé, Chioma. I’ve fought battles of all kinds and on all fronts: spiritual, physical, mental, emotional even political.

With less than 48 hours left of the 7 year wait for the album of the century; A Good Time reflects on the ability to trust the timing of your life, enjoying the best moments & persevering through the worst ones. There’s no time like the present and it’s A Good Time to be alive, to be a PROUD AFRICAN and to fight for the freedom of one another – in unity.

This is my album cover art and it reflects the culmination of my 7 year journey in audio/visual form, I present to you, “A Good Time”. OUT Nov 22!!! #AGoodTime”