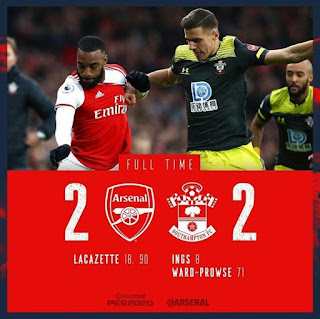 The Gunners have now gone five league games without a win after drawing 2-2 with Southampton and the manager has clearly lost the dressing room.
Unai Emery may have got the backing of the Arsenal hierarchy during the international break but this can’t be allowed to go on any longer.

This latest draw – at home to a Southampton side who arrived at Emirates Stadium sitting 19th in the Premier League and without a win in seven games – really should make Emery’s position untenable, according to Goal.com.

The widespread boos that met the final whistle said it all. And they would have been far louder had Alexandre Lacazette not prodded home a 97th-minute equaliser to make it 2-2 and rob the visitors of what would have been a thoroughly deserved three points.
Arsenal have now gone five games without a win in the league. They have scored just 18 goals in their first 13 games and they have conceded 19. We are about to enter December and Emery’s side have a negative goal difference.
It simply isn’t good enough and head of football Raul Sanllehi, managing director Vinai Venkatesham and the Kroenkes have to recognise that and make a change. The fact that statement came less than two weeks ago may put Arsenal in a difficult position, but they have to admit they were wrong and cut Emery loose.
As they have been for much of the season, the Gunners were wretched against a Southampton side who just a matter of weeks ago were thumped 9-0 at home by Leicester.
This is not a group of players who are playing for their head coach. No matter what they are saying publicly, Emery has lost the dressing room – just as he has the majority of the fanbase.
The fact that he was forced into a change of system at half-time sums up the problems Arsenal are facing right now.
Mean while, the club fans are calling for the sack of Emery as they took to Arsenal’s Instagram page to vent their anger as seen below… 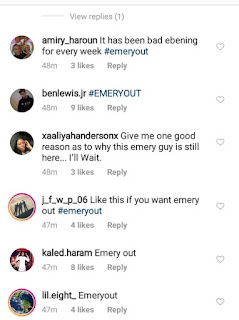 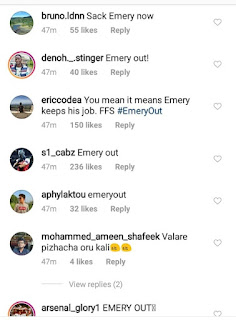 Arsenal equally conceded six yellow cards against Southampton's only two in the 90 minutes contest as reported by BBC football... 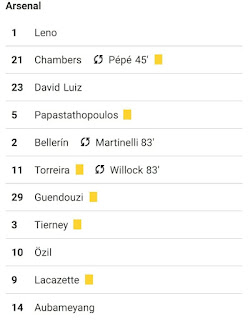 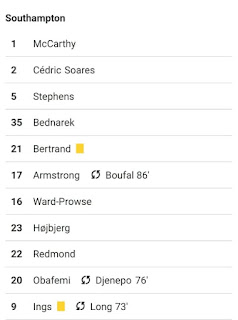