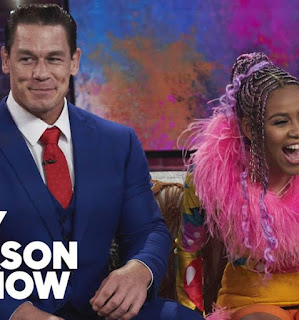 South African singer, Sho Madjozi was hit by the greatest surprise of her life when Wrestler John Cena appeared behind her while performing on The Kelly Clarkson Show.


The singer yet to meet John Cena, even though her song about him had become a global hit, screamed super excitedly, Jumped and ran to Kelly Clarkson before running excitedly to hug John Cena.