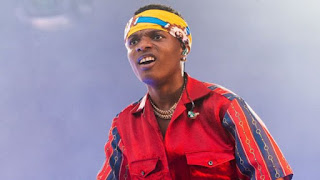 Wizkid has revealed to his fans that he has never ingested marijuana after he was asked what it was like to be under the influence of the intoxication of the substance. This is against contrary belief by many people who see the Starboy as a frequent user of the substance.


However he has come out to openly deny that he consumes weed and saying that he has never been under the influence.
It was Teni who originally posed the question to her fans on Twitter during a tweet chat asking.
This lead to fans rumbling and dropping comments but one fan then told the billionaire crooner to ask Wizkid. Many fans were not ready for the response that Teni gave .Teni who just dropped an Extended playlist of her 2019 hit record titled Billionaire to Critical acclaim and despite the hit song many fans weren’t really impressed with the other songs on the E.P.

I personally saw the angle and the vibe she was trying to create around the Project and in omitting songs like Power rangers, I feel like she was trying a subtle approach with the project and experimenting more with the highlife genre, what made her popular in the first place. I have this habit of digressing back to Wizkid matter, the two have been teasing each other lately on twitter and pretending to have romantic feelings but knowing the jovial nature of the both of them it’s obvious that it’s a joke.
She was simply returning the favour by asking the fan to get the information from her “boyfriend”, Wizkid.

When this fan asked this question many people were not expecting the starboy boss to respond but Wizkid then responded saying he had no clue what the influence of marijuana felt like implying that he had never before ingested the substance, according to Gistmania. Just like the answer he gave when Teni referred a fan- asking about her virginity- to him, this is another strange response from the Joro crooner who many fans see as a serial playboy.
Despite pictures and videos of Wizkid smoking in the past that he has even posted personally he still denies. Wizkid whose latest offering Joro has left people with split opinions about what’s really happening to him creatively. Are his latest songs bangers? No doubt but fans still question if he puts in adequate effort like he used to do in making his songs. The lyrics have been wishy-washy and have not really been up to the standard that we have come to expect from Wizkid.