Home Interviews Movies I don’t think I will ever get married, nor have kids coz am scared of marriage- Nollywood film maker, Olu Michaels shocks the world.

I don’t think I will ever get married, nor have kids coz am scared of marriage- Nollywood film maker, Olu Michaels shocks the world. 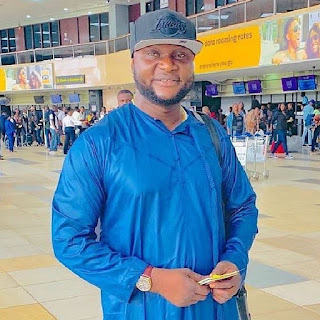 43 year old Nigerian filmmaker and producer, Olu Michaels during a recent interview with ‘The Nation’ has revealed he has no plans of getting married nor having kids.


He made it very clear that he is scared of marriage. Read excerpts of his words:

“I’m not married, and I don’t intend to. Truth be told, I’m scared of marriage and I don’t think I will ever get married. Though, I wanted to have kids when I was younger but not now, it is too late.

Why I said it’s too late for having children is that I am a workaholic and I don’t like a situation where I would want to sleep and then a baby starts crying. My parents have been begging me to get married but no.”

on what he likes in a woman, he said: “I am a jealous man. For example, if I marry an actress and I see her kissing another actor on set, I will never tolerate such. Also, if I marry a beautiful woman, I might never concentrate on my work because I will be on the look to protect her.”