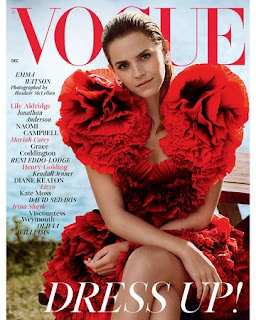 As British actor and activist Emma Watson approaches 30, she talks to Paris Lees about her extraordinary life, and transcending child stardom to become a voice for change in the December issue of British Vogue.


The story of how Emma Watson became one of the most recognisable women on the planet is folklore of sorts. She was nine-years-old when she was picked out of a line-up of would-be actors in her school gym to be in a film that would change her life forever. Twenty years later, and that child star is now one of the world’s most bankable actors and recognised activists. 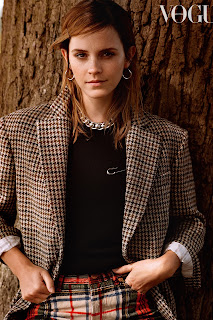 She turns 30 in April, and describes 2019 as having been “tough”, because she “had all these ideas” about what her life was supposed to look like at this age. “I was like, ‘Why does everyone make such a big fuss about turning 30?

This is not a big deal…’” she shares. “Cut to 29, and I’m like, ‘Oh my God, I feel so stressed and anxious. And I realise it’s because there is suddenly this bloody influx of subliminal messaging around. If you have not built a home, if you do not have a husband, if you do not have a baby, and you are turning 30, and you’re not in some incredibly secure, stable place in your career, or you’re still figuring things out… There’s just this incredible amount of anxiety.” 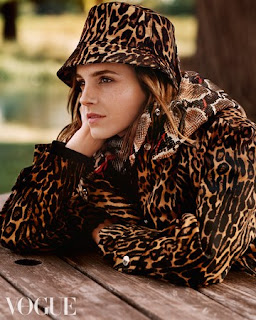 If it’s staggering to think that Watson worries about this stuff, it’s comforting, too. “I never believed the whole ‘I’m happy single’ spiel,” she continues. “I was like, ‘This is totally spiel.’ It took me a long time, but I’m very happy [being single]. I call it being self-partnered.”

One of her greatest pleasures in making Little Women, she says, was spending time with fellow actor-activists. “What was really nice about working with Laura Dern and Meryl Streep was that the three of us knew each other way before we did Little Women. We met in activist spaces, so we had this allyship and solidarity as activists that had been part of a certain movement before we ever worked together.”

Read the full interview in the December issue of British Vogue, which is out on newsstands on 8 November.