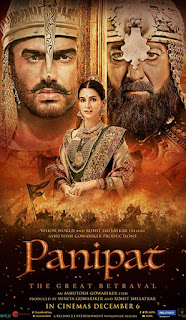 Panipat is an upcoming 2019 Indian historical war film directed by Ashutosh Gowarikar, based on the Third Battle of Panipat,


In the 18th century, the Marathas emerge as the most powerful empire in the whole India. However, their happiness is short lived as the Afghan King Ahmad Shah Abdali plans to take over India and the Maratha Peshwa orders Sadashiv Rao Bhau to stop him at any cost, thus leading to the Third Battle of Panipat between the two armies.