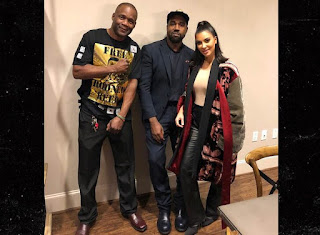 Kim Kardashian followed up her visit with Rodney Reed by coming face-to-face with his brother ... and then introducing him to the biggest stars in Houston.

The death row inmate's brother, Rodrick Reed, tells TMZ he got to meet Kim, Kanye and even Joel Osteen on Sunday at the Lakewood Church -- where Ye held a "Jesus Is King" performance that night with his choir.
Rodrick says he was brought backstage during Sunday's events and discussed his brother's case with Joel and the Wests. We're told Kanye said he still plans to visit Rodney, but needs to work out the legal kinks to make it happen. 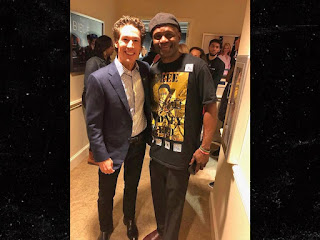 Rodney even got a shout-out from Kanye while he addressed the Lakewood congregation of more than 45,000 -- and, of course, Kim visited with him Friday in prison. Remember, she was with Rodney when word came in the Governor had granted a stay of execution.

Rodney was set to be executed Wednesday, but now the courts are gonna hear his case again -- so, he could be vindicated after 20 years in prison. His brother, Rodrick, told us he and Kim talked about how she became so passionate about Rodney's case, and she told him it was a Dr. Phil special that turned her on to it. 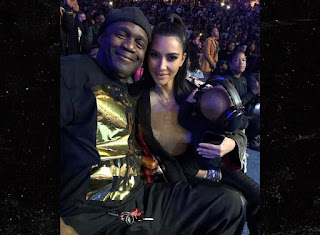 As for Joel -- Rodrick says the preacher told him he'd pray for Rodney. Rodrick added ... he's grateful Kim's giving his family a megaphone for their cause.