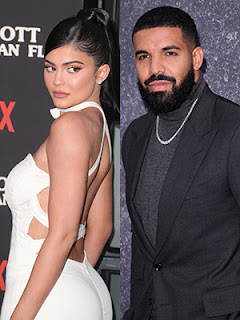 After being friends for a long time, Kylie Jenner and Drake are now spending more time together, and it’s becoming that romantic, according to a new report!


Kylie Jenner, 22, and Drake, 33, may be a hot new item! “[They] have been spending time together recently,” according to People. “They’ve been friends for a long time and Drake is very close to the family.”

First, Kylie went to Drake’s 33rd birthday party in Los Angeles in mid-October, and she was reportedly “never too far away” from the rapper. “They seemed to have a connection,” a source told Us Weekly at the time. Then, Kylie went to Drake’s Halloween party on October 31st, and was there until the early hours of the morning with her friends.

However, Kylie has made it clear that her main priority after splitting from Travis is her daughter, Stormi, and she has still been spending time with the rapper for Stormi’s sake.

“Kylie and Travis’s number one priority is a healthy co-parenting relationship,” an insider reveals to Hollywoodlife, “They have been hanging out a lot because they still want to make memories as a family. Kylie would never want to keep Stormi from her dad and knows it’s so important for her to have both parents’ involvement in her life.”
Travis and Kylie were together for more than two years before they called things off at the end of September. They first started dating in April 2017, right after Kylie’s breakup from Tyga, and Kylie got pregnant just weeks into the relationship.
Stormi was born on Feb. 2, 2018, and this is the first time that Kylie has been single since giving birth. We don’t blame her for wanting to have some fun with Drake!