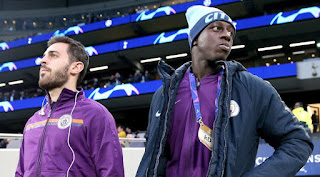 Manchester City's midfielder, Bernardo Silva has been banned for one match and fined £50,000 after an FA commission accepted he "did not intend" a tweet about team-mate Benjamin Mendy to be "racist".


Silva compared Mendy to the character on a packet of Conguitos - a chocolate brand available in Spain and Portugal. But Silva deleted the post 46 minutes after he published it before tweeting: "Can't even joke with a friend these days."
The FA report said: "Many persons would have taken offence to the content. The player did not himself intend the post to be insulting or in any way racist. It is clear that the tweet was intended to be no more than a joke between close friends. However, this was not a private communication between two friends.

"The post was on a social media platform exposed to the 600,000 followers of a high-profile and well-respected professional footballer. 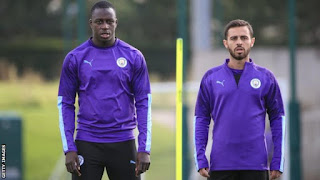 "Many persons viewing the imagery depicted in the tweet would have taken offence to the content as being insulting by reference to race, colour and ethnic origin in a way that unquestionably brings the game of football into disrepute."
The Portugal forward, 25, must also complete a face-to-face education for his tweet on 22 September, after admitting a breach of FA Rule E3.
There was no hearing after Silva admitted the initial charge on 2 October, acknowledging some people may be offended by the "historical connotations of the Conguitos character".
The FA commission also say they received a letter written by Mendy in support of his team-mate- "We accept Bernardo Silva's admission that he did not mean to intentionally cause offence, and welcome The FA's move to provide education as part of the sanction," anti-discrimination charity Kick It Out said in a statement, as reported by BBC football.