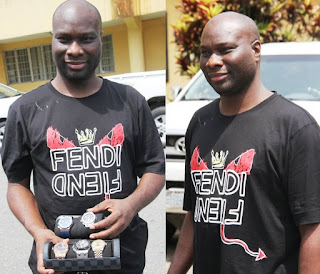 
In his suit filed before the Lagos State High Court Igbosere through his counsel, Gboyega Oyewole (SAN), Mompha accused the EFCC of incarcerating him beyond the constitutionally permitted duration of 48 hours, after which you charge the suspect to court.
Though the EFCC obtained a court order to keep him further and Mompha claims that the order of court has since expired. He is therefore asking the court to award N5m against the EFCC for infringing on his freedom of movement. No date has been fixed yet for his suit.
Recall he was arrested on October 18th in Abuja, on his way to Dubai on allegation of cybercrime and money laundering, and his Lebanese accomplice was equally arrested days after.