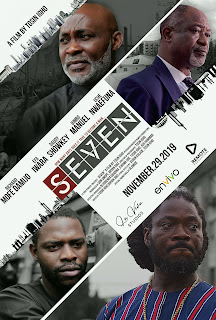 Following the death of his father, kolade, a spoilt rich kid is suddenly given the arduous task of surviving in Ajegunle for seven days...


Alone! Seven takes you on a thrilling journey of intrigue, suspense and action. 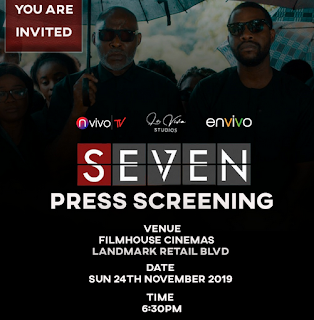 Directed by Tosin Igho, and produced by @realchiomaude Envivo and La Vida studios in partnership with remote studios and distributed by FilmOne, seven is definely a must watch.
Out across Cinemas nationwide on November 29th 2019.  @@nvivotvofficial @realchiomaude @tosinigho