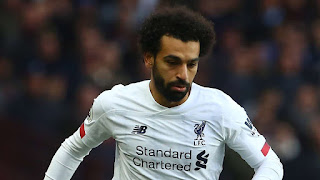 
This makes Salah who has scored five goals in 10 Premier League matches this season, a major target the Spanish giant as a potential replacement.

The Egyptian winger returned to England in 2017 and still has four years left on his contract with the Reds.