Home music News/Gist The moment I knew we would be more than friends- Camila Cabello speaks on affairs with Shawn Mendes.

The moment I knew we would be more than friends- Camila Cabello speaks on affairs with Shawn Mendes. 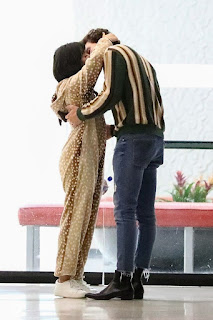 22 year old Camila Cabello opened up about her relationship with boyfriend Shawn Mendes, 21 as she equally talked about the ‘awkward’ moment she knew they would be more than friends, in a new interview with ‘Rolling Stone’.


“During ‘I Know What You Did Last Summer,’ I really bonded with him as more than a friend,” Camila admitted about the 2015 collaboration with Shawn on November 18th, 2019. “I think he did, too, but we were both really young, and he was experiencing the pressures of his career. I don’t think we knew what to do with those feelings. It was this awkward thing where we both liked each other, but we weren’t together.”
“An energy was there from the beginning, but after that song, we didn’t spend as much time together,” she continued according to Hollywoodlife. “Our paths just didn’t cross in that way romantically until we started hanging out again and writing. For me, it just brought it back.” 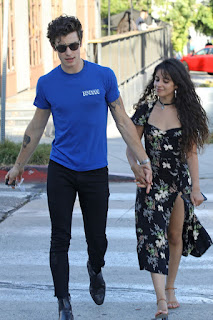 Camila and Shawn first met in 2014 and became close friends for years before they decided to officially date this year, around the same time rumors started to fly. The pair released a steamy music video for their duet “Señorita” in June and days after, it was reported that Camila had split from her longtime boyfriend Matthew Hussey.
The next month, Independence Day marked the first time they were spotted holding hands and it was also the same day they officially decided to become a couple, according to Shawn, who spilled the details at a Q&A session with fans on Oct. 26.
Since the fireworks went off both literally and figuratively, the lovebirds have been seen expressing major PDA on numerous occasions. In their latest public outing, they enjoyed a sushi date together. They were all smiles as they held hands and passed excited onlookers while walking into the restaurant on Nov. 16 and were the epitome of a young duo in love.