I fought many silent battles this year, wiped my own tears equally- Davido’s boo, Chioma reveals. 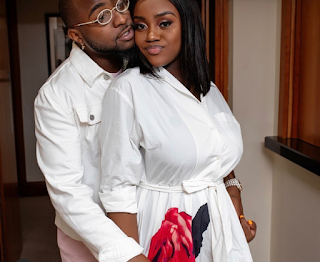 Celebrity wife and mother of Davido’s only son, Chioma Rowland AKA Chef Chioma has revealed how she fought many silent battles this year, though handing them maturely while no one cleaned her tears except herself.


We all are aware that she had an eventful year in 2019: from getting engaged to his hubby to be, Davido, becoming a mother for the first time in her life, but she didn’t reveal the battles she fought, nor the source of the battles.

According to her Insta-stories post: “So proud of how I handled this year, I fought many silent battles. I had to humble myself, wipe my tears and pat myself on the back.” 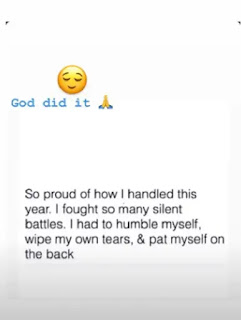