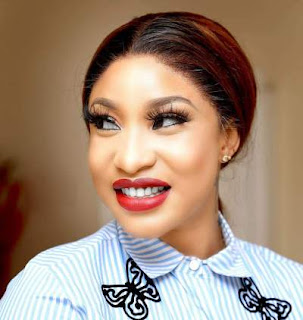 Controversial actress Tonto Dikeh throws another shade at her ex-husband Olakunle Churchill, as she flaunts her diamond encrusted wristwatch on her Instagram page.


Tonto who said the watch cost N3.7 million, which prompted a comment which accused her of doing fraud to have such money to spend. Then the actress laughed it off saying that her son cannot have two yahoo parents at same time, which she was indirectly referring to her ex, Churchill, who she had some time ago accused of doing internet fraud. 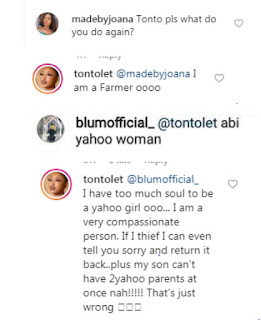 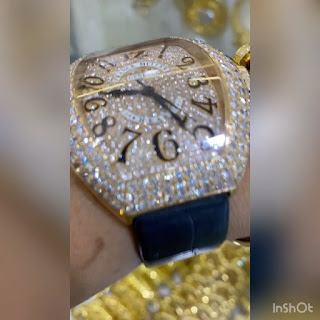 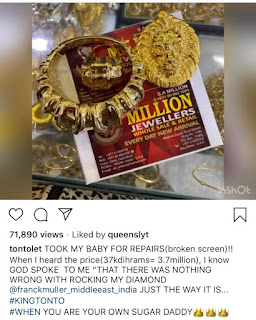