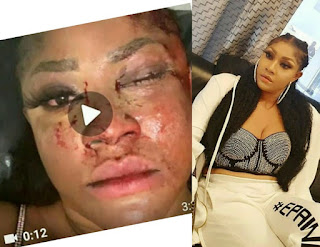 Nollywood actress, Angela Okorie, is hospitalised and her car has been riddled with bullets.


The news was first broken by blogger, Stella Dimoko Korkus, who revealed that the incident happened after the actress ran into armed men on her way back from a show on December 12, 2019.

Sharing the video of the incident, she wrote: “Please take out time today to pray for Nollywood actress Angela Okorie. She ran into armed men on December 12th on her way back from a show and they riddled her car with bullets. I hear she is in hospital but don’t know if she was seriously injured. I pray she is OK....Ya all stay woke and be watchful.” More below… 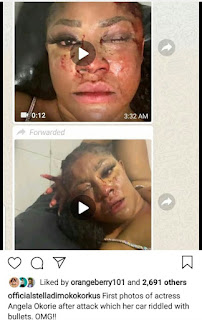 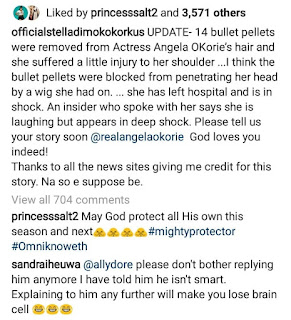 Then the actress has taken to her official Instagram handle to react to the unfortunate incident. See her post below 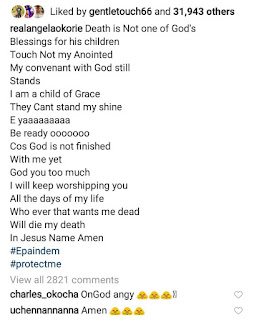