Home Movies News/Gist Sad news for fans of ‘Game of Thrones’ as one of its actors, Theon Greyjoy is dead.

Sad news for fans of ‘Game of Thrones’ as one of its actors, Theon Greyjoy is dead. 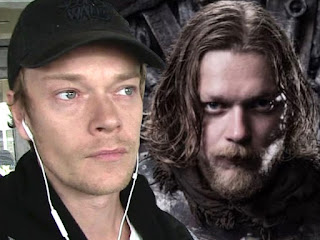 Sad news for "Game of Thrones" fans as the actor who stood in as the body double for Alfie Allen's Theon Greyjoy has died, and Alfie's now offering up his thoughts and prayers.

Andrew Dunbar passed away on Christmas Eve in Belfast, Ireland according to his friends and an extras acting agency that had employed him, reports TMZ.
No cause of death was immediately revealed, but the news seemed to stun his contemporaries, including Alfi.
The English actor posted tributes of his 'GoT' stand-in, saying: "RIP Andrew Dunbar," and then going on to share his full thoughts. Alfie wrote, "Andrew Dunbar was an actor who was also a stand in as Theon on GoT. Extremely shocked and saddened to hear of his passing. To lose a loved one so young, I can only imagine what his family are going through."