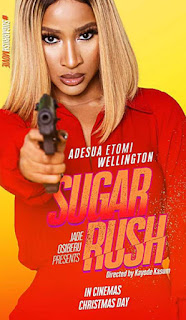 Susie and Sola are given two days to come up with some cash to save their mum who is held hostage.


They enlist the help of two other hilarious friend, each with a particular skills as they aim to up their game and play in the con big league.