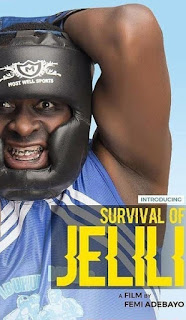 ‘Survival of Jelili,’ is a sequel to Adebayo’s highly successful comedy film, ‘Jelili’. Adebayo returns as his character, ‘Jelili’ who tries to try his hands on different professions in his bid to attain success.