Video: Davido robbed of his 10m naira Watch in Ghana while spraying money on fans. 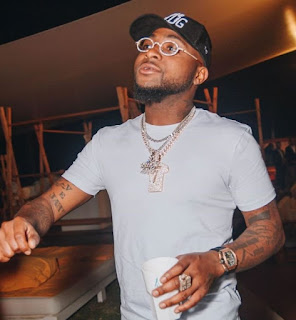 Nigerian singer Davido is not happy, especially as his good gestured was greeted with a bitter experience as a reward.


Well, the flamboyant singer and son of a billionaire dad was captured on camera lavishing cash on his fans in Ghana as he attended the AfroNation musical concert which held on the 30th of December, 2019. Davido went out to party at Acetantra nightclub in Osu ahead of his performance later in the night.

It was during which he showed love on his fans as he was seen spraying them money while inside a white Range Rover. Sadly for OBO, after a while, he noticed that a thief had stolen his N10.8m wristwatch, which angered his and he tried to catch the thief to regain his expensive watch, but it was an effort in futility.