Home Movies News/Gist What Ramsey Nouah did to me the first I tried to seduce him- Actress Nneoma Okoro reveals.

What Ramsey Nouah did to me the first I tried to seduce him- Actress Nneoma Okoro reveals. 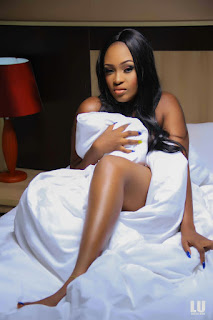 Actress Nneoma Okoro has revealed what Nollywood’s legendary actor, Ramsey Nouah did to help her the first time she attempted seducing him.
Though it was during a movie shot, that she tried to seduce the actor for a movie scene but she was nervous, but praised that actor for being good to her, and very helpful equally by teaching her a lot on that set.

In her words: “I remember having scenes where I seduced him. Tension nearly killed me but thanks to him. He noticed and asked the director for a 20 minutes recess on my behalf. He called me outside and took out his phone and showed me a super hilarious video on YouTube which we saw together and laughed over.

Ramsey knew I hadn’t worked with him before, so, it was natural to have tensions and he made it way easier for me. I respect artists that understand their craft well enough, their fame will always go far. Prior to then, I had always wanted to work with Ramsey Nouah, having watched him as a kid while growing up. It was a dream come true.”