Who says only women gets engagement ring? Lindsey Vonn engages her fiancée, Subban. 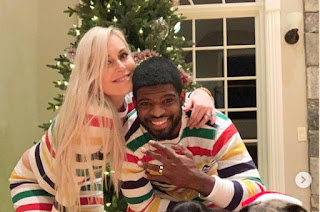 American former World Cup alpine ski racer on the US Ski Team, Lindsey Vonn gifts her scoffs at the notion that only women want jewelry signifying their engagement, because she just blinged out her fiance during a very cool proposal.


Lindsay's already engaged to P.K. Subban, but on Xmas day she surprised him with a ring and a proposal of marriage. The legendary skier said it was only fitting since this is the 2-year anniversary since they started dating : "On our 2 year anniversary I returned the favor and asked PK to marry me… and he said yes." 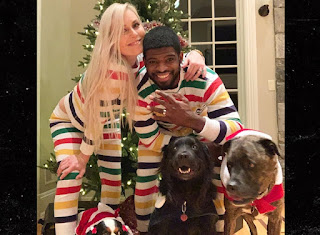 She went on "We talk about equality but actions speak louder than words. Men should get engagement rings too and this is what PK deserves. Can’t wait to marry you babe."
They are a formidable couple for sure. 35-year-old Vonn is hands down one of the greatest U.S. skiers of all time. 30-year-old Subban is a top 10 NHL defensive player according to TMZ.
Lindsay was previously married to U.S. Ski teammate Thomas Vonn. They divorced in 2013. She subsequently dated Tiger Woods and then NFL coach Kenan Smith.