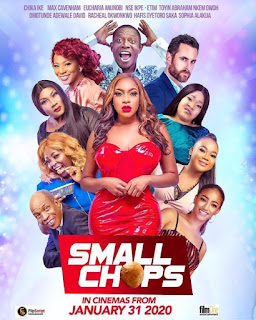 Are you the main meal or SMALL CHOPS?! Small Chops movie is action packed, filled with drama and a lot of life lessons too.


This movie tells a story of love, survival and hustle! Produced by award winning Nollywood actor, filmmaker, author, entrepreneur and humanitarian Chika Ike.
‘Small chops’ movie will give you a food for thought and also have you laughing, all your favourites are in this movie!!! 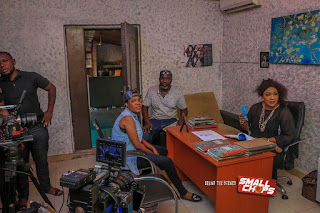 Small Chops follows the story of Nikita, an afro dancer at a bar who catches the attention of Casper, an uptight business mogul. Casper pays for a weekend of private entertainment, and things don’t go as planned because of Nikita’s self-esteem and Casper’s totalitarian attitude. This causes sparks to fly. At the time they let their guards down, the sparks turn to fireworks. 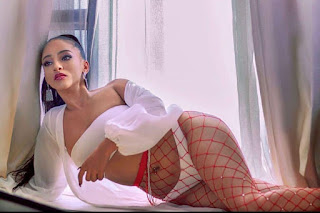 After 15 years of acting and filming back to back in Nollywood, Chika decided to take a break from Nollywood to further her education and set up a business. In January 2020 she will return to the big screens to premier ‘Small Chops’. Directed by Robert Peters, the director behind films like ’30 Days in Atlanta’ and ‘A Trip to Jamaica’, the movie is also co-produced with Serah Donald Onyeachor. 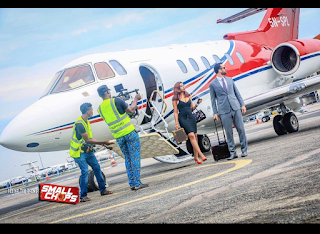