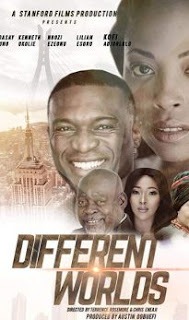 James Ansah plans a reunion with his childhood friends after returning from his long stay abroad. The reunion was for two at a resort, little did James know that a lot of drama would unfold during the reunion getaway.
Sly, one of James oldest best friend is married to Irene, she is very beautiful, he refuses to allow her to work due to the fear of losing her to another man but would the reunion bring him a lot of perspective on his wife working.

Tony is a gym instructor who is dating Linda an actress, his speciality is with training women and Linda has issues with it but truly has even watched any of his girlfriend’s movie, but what happens when he discovers what kind of job his girlfriend is in.