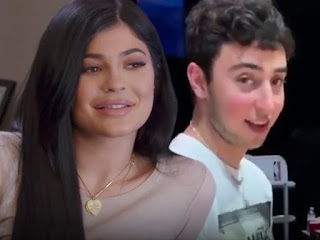 22 year old billionaire American media personality, Kylie Jenner seems to be in the mood and move for a new romantic life after a spell with Travis Scot after posting several flirty pics with a new dude.


Kylie who kicked off the New Year by partying it up in WeHo with friends, but a particular guy appear to be so conspicuous in her social media pics arising from the party. TMZ identified the mystery dude as 20 year old Zack Bia. 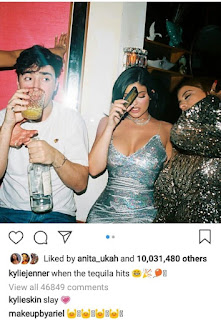 Though Bia is a big shot who has reportedly had friendly ties with super stars like Drake to The Weeknd, sources linked to him revealed that Zack and Kylie are just friends and have known each other for years. Bia has deep connections at Delilah, the backdrop for Kylie's 21st and other L.A. clubs, so the two have become well acquainted.


But with the way things stand, she and her baby dad, Travis Scot are not looking like a love to rekindle any time soon.