Home music News/Gist In the end, Chioma is the best woman to handle Davido- Favour writes.

In the end, Chioma is the best woman to handle Davido- Favour writes. 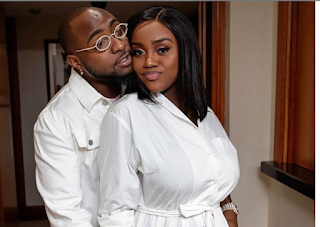 The above analytical assertion was made by a twitter user identified as Favour Onyeoziri.
This comes hours after Davido got embroiled in a heavy online drama with his first baby mama, Sophia Momodu as they, along their daughter, Imade flew in his private jet to Ghana. Since their flight pics hit the internet, both camps have gotten their fair share of controversies, including denials, claims and counter claims.

Now, Favour claims that since Chioma Rowland AKA Chef Chioma lives a quiet life, off the drama and controversies of the social media, which Davido is fully drown in, that she is the ideal woman for the singer.

Equally, she will be able to tame his excessive exposure to the platform. See his post below… 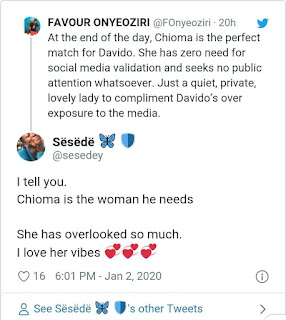