Home music News/Gist Justin Bieber plays down battling drugs, reveals he is down with a Lyme disease.

Justin Bieber plays down battling drugs, reveals he is down with a Lyme disease. 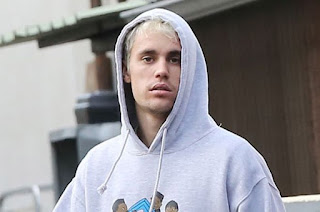 Canadian singer Justin Bieber has revealed he has been diagnosed with Lyme disease- Lyme disease is a bacterial infection caused by ticks, which symptoms include, muscle pain, tiredness, brain, a rash.
Writing on Instagram page, he said: “While a lot of people kept saying justin Bieber looks like shit, on meth etc. they failed to realize I've been recently diagnosed with Lyme disease, not only that but had a serious case of chronic mono which affected my, skin, brain function, energy, and overall health.

These things will be explained further in a docu series I'm putting on YouTube shortly.. you can learn all that I've been battling and OVERCOMING!! It's been a rough couple years but getting the right treatment that will help treat this so far incurable disease and I will be back and better than ever NO CAP.”

Defending her husband, Hailey Bieber, has few words for those trying to downplay the severity of her hubby’s current ailment: 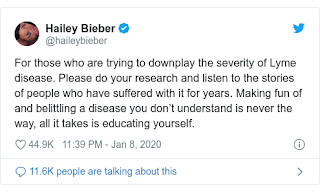 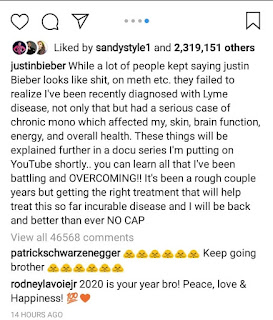