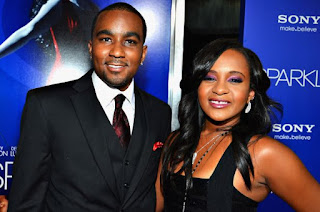 
30 year old Gordon was said to have suffered series of heart attacks after he was rushed to the hospital and placed into an intensive care in Florida and was confirmed dead after doctors were unable to revive him same day.
Gordon’s brother Junior Walker made his death known to the public with the post: ‘God why did I have to lose my brother on New Year, all I can do is cry’.

Recall, Bobbi’s late mum, Whitney Elizabeth Houston died on the 11th of February 2012 after she was found unconscious in Suite 434 at the Beverly Hilton Hotel, submerged in the bathtub and later confirmed dead, resulting from cocaine, cannabis and other drugs intake according to the then autopsy result.