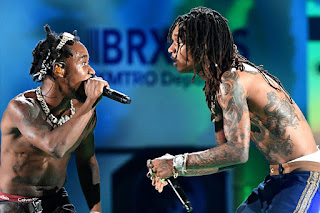 Rae Sremmurd's mother defends her son accused of murdering his father and her ex-husband suffers from a mental illness requiring medication.


Bernadette Walker says her 19-year-old son, Michael Sullivan, deals with Schizoaffective disorder, leading to schizophrenia, as well as symptoms including hallucinations, delusions and mood disorders, such as mania and depression.

First of all, she says Michael was living with her in Atlanta until this past November, when she says he stopped taking his meds, leading to outbursts of anger that became more frequent, according to TMZ. Bernadette tells us Michael eventually went to live with his dad, Floyd, in Mississippi.
While she tells us she doesn't know what caused Michael to allegedly shoot his father, she suspects an argument ensued ... and that Michael might've been off his meds again. 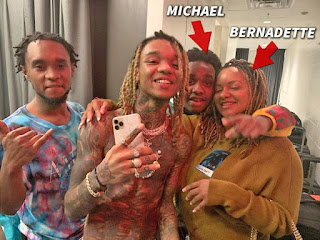 Recall, the late Floyd was shot to death Monday, and that one of his adult sons, Michael was held responsible, whom cops tracked down and had held for a psychiatric evaluation. A day later, he was arrested for murder.


Bernadette who's been divorced from Floyd since 2008, tells us she thinks the mental health system in this country is broken, because at 18, she couldn't require Michael to take his medication anymore, which she says was fully necessary to keep him calm.
Rae Sremmurd is an American hip hop duo originating from Tupelo, Mississippi formed by two brothers, Slim Jxmmi and Swae Lee.