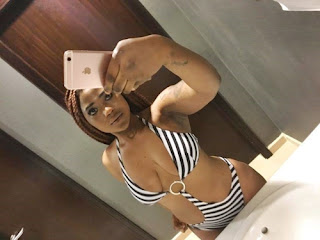 Popular and Controversial Ghanaian Social media sensation and call girl, Queen Farcadi has opened up on why she went into prostitution.


This was during an interview with Delay, during when she revealed that her laziness drove her into prostitution, which she feels is less stressful.

“It’s my decision, it’s like you are lazy and don’t want to work so you have to use your body to get what you want … I am a lazy girl”.

Also, that she come to the realization that men only love to use and dump women, so she made up her mind to make money out of them too.