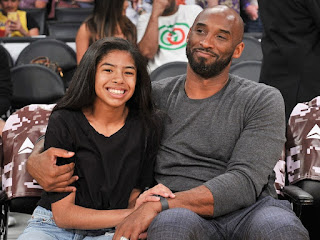 Vanessa Bryant, Kobe’s wife, has announced the official date for the public memorial service in honour of her late hubby and daughter, Kobe and Gigi Bryant.
It has been fixed for Monday, February 24th, 2020 at Staples Center. The date is reportedly in connection with Kobe’s famous jersey number 24 (very significant) during his days of playing basketball for the Lakers. 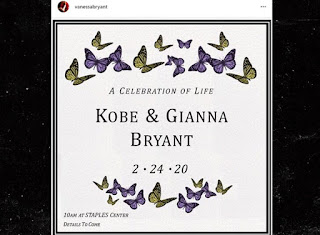 And again, due to the Clippers in the evening of same day against the Memphis Grizzlies, the memorial will take place in the morning. And it was same venue that hosted the public memorial of late music stars, Michael Jackson and Nipsey Hussle, which had the surrounding streets shut down to anyone who didn't have a ticket.

Staples is where Kobe played for most of his 20-year NBA career, and have a capacity to accommodate up to 20,000 people. The Coliseum in Downtown L.A. holds closer to 80,000. As for the event itself, we're told several high-profile people will speak about Bryant, but organizers are still nailing down the official list.