Our celebrity of the week is Young Nollywood film maker, Brown Ene 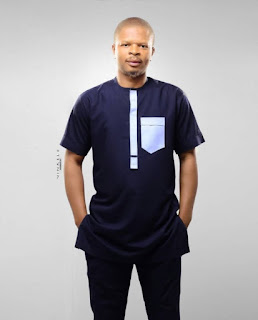 Brown Ene is a renowned award winning movie maker, producer, director and movie expert. He is an influential member of the AGN (Actors Guild of Nigeria) where he held the post of the DGS (Director of Guild Services).


Brown Ene who scooped up a nomination in the recently announced AMVCA7 2020. He has been active in the NOLLYWOOD industry for well over a decade and has numerous movies under his belt including the world renowned and Netflix owned Genevieve Nnaji’s movie “LionHeart” which he was an assistant director in.

He also has movies like ‘Ishi Anyaocha’,’ Eagle with Mask’, ‘2minute wrong’ and a host of other movies to his credit. A reliable and creative producer whose unequalled efforts has helped shape and build NOLLYWOOD into the force that it is today all over the world!

Mr. Brown Ene is a proud HUBBA and he has always helped aspiring actors to find their way to Nollywood.

Mr Brown Ene as a business man is also the co-founder of Ronee Empire where he also serves in the capacity of the Chief Executive Officer.

Brown Ene is an indigene of Udi in Enugu State and resides in Enugu state as well.
To find out more about Brown Ene you may google him or follow him on his various social media platforms.
LinkedIn (Brown Ene)
Facebook (Brown Ene)
Instagram (brownene85)