Yoruba musicians love to lie too much- says Speed Darlington. 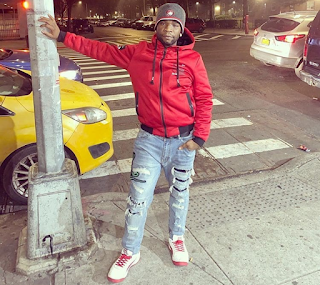 Nigerian singer and rapper, Speed Darlington is disagreeing with some unnamed Yoruba musicians over how much they collect per show in the USA.


According to Speed, he accused the Yoruba musicians of 'claiming they are paid up to $15,000' per show, to perform in the United States of America (USA), when they don't even sing in the English language.'

The son of the late music icon, Pericoma Okoye is of the opinion that such can never be possible, that if the said musicians claimed to be paid between $1000- $2000, that he may believe them, but on that of $15,000, when they sing in their Yoruba dialect, that such is a glaring lie. 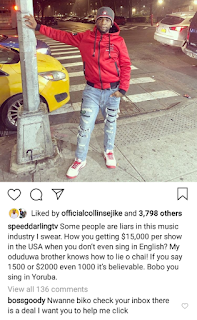 Not sure who or the people he is actually referring to. But this is not the first time the Imo state born entertainer is stirring up a controversy.