You stole a lot of Songs from Fela, so apologize- Eedris tells Burna Boy 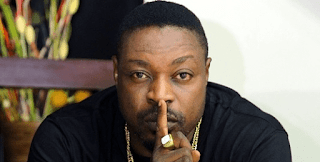 Legendary Nigerian rapper, Eedris Abdulkareem has reacted to the recent comment made by Burna Boy, that no way paved the way for him, and that he is the best in the industry since Fela.


Reacting to the above statement during an interview session with TVC Connect, Eedris said that, Burna Boy needs to apologize, because he stole a lot from Fela's songs: “Burna Boy needs to apologize. Fela made it happen for him and he stole from a lot of Fela's song to become who you are. And you stole from Afrobeats to become who you are. Fela's songs are strictly about messages that add value to the lives of people. What are your songs all about?”

Meanwhile, Uti Nwachukwu had earlier asked Nigerians to be thankful to Burna Boy for putting some respect on Nigeria internationally: “We should actually thank @burnaboy for putting RESPECT on our name internationally!! Especially at times like these where we have very little to brag about as a country! Entertainment has been our saving grace in recent times! Put some respect on his name!! he freaking earned it!”