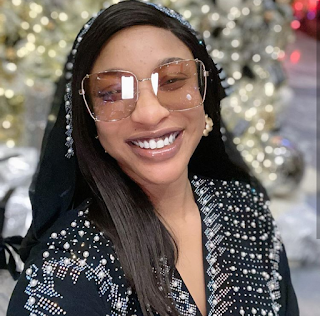 Controversial Nollywood actress, Tonto Dikeh has declared that she is a woman with a beautiful heart, as she is one of a kind.


Literally meaning she has the most beautiful heart in the world, which is the reason she is one of a kind.
Probably, this is in response to all the backlashes she has been receiving since the kickoff of the marital drama with her erstwhile husband, Olakunle Churchill, in a short-lived marriage that produced a son, King Andre. 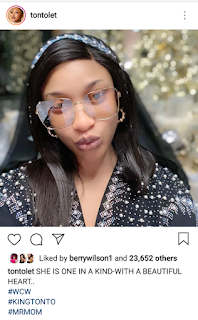 Recall, few days ago, the bitter war of words resumed between the two on social media, and it was yet another terrible one.
Well, the actress went on to share another photo, asking her fans if truly she has a big forehead and big teeth.

Saying, though that no man has been bold enough to tell her of her big forehead and big teeth. See her post below... 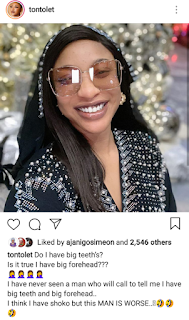