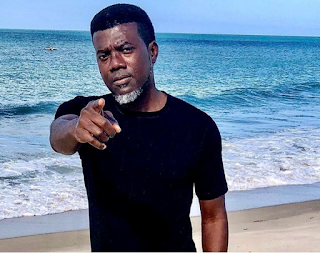 Not too long ago, a certain statement was credited to the Chairman of the Economic and Financial Crimes Commission (EFCC), Mr. Ibrahim Magu, which says ‘Corona virus is caused by Corruption. 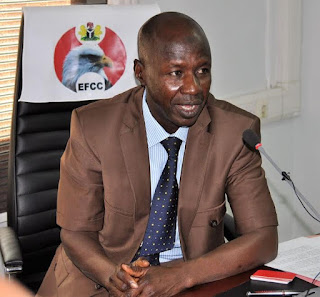 Though the anti graft agency and it chairman, Mr. Magu had come out to deny it, on some occasions, but many people still believe he actually made the statement, and one of them is Reno Omokri, which explains his recent tweet.

In the tweet, he asked the EFCC Boss, to go after President Mohammadu Buhari’s Chief of Staff, Abba Kyari who recently tested positive to the Virus., and other members of the ruling party, the APC. 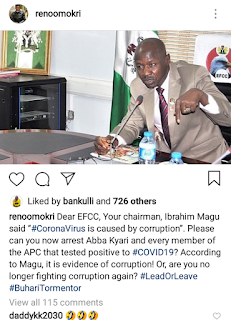