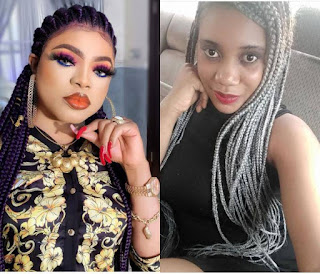 Bobrisky is a Nigerian cross dresser, and business person. He is one of the county's highly controversial personalities. Well, he is at it again, bragging about the kind of giveaway she indulges into.


Bob, as he is fondly called, in his philanthropic gestures, decided to bless one of his diehard fan, identified as April Wild Cat, with the sum of 100k (One hundred thousand naira). His reason for rewarding the girl with the sum is because he had been observing the girl, who has been there for him, even without knowing each other personally and physically. 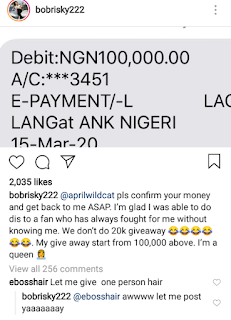 Then going on to brag about the 100k, that he is not in the category of those who do 20k giveaway on social media.

The giveaway did not end there, he went on to put up another post on her IG page, of a Tonto Dikeh fan page with over 200k followers, as he reveals that he (Bobrisky) has been observing that page for a long time now, how the handler keep posting stuffs about himself and actress and his bestie, Tonto Dikeh. 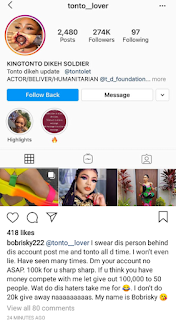