Home News/Gist Meet Mr. Adepeju Olukokun, who has been feeding poor Nigerians even before the Corona Virus era.

Meet Mr. Adepeju Olukokun, who has been feeding poor Nigerians even before the Corona Virus era. 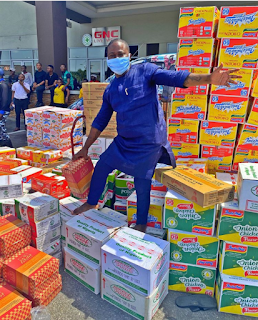 Yes, you heard it right, he has been feeding countless poor Nigerians far before the advent of the dreaded Corona Virus- a global pandemic and epidemic.


Mr. Adepeju Olukokun is the founder of the Kokun Foundation, a humanitarian and charity establishment, aimed at putting food on the table of every hungry Nigerian.
He has even rented apartments for many homeless people, stocking their kitchen with foods as well, to make sure he put happy smiles on the faces of many poor and hopeless Nigerians. 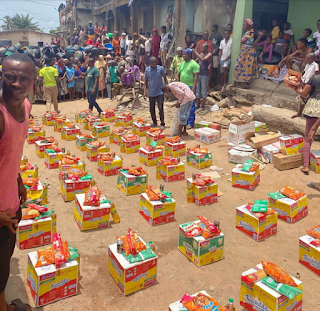 This young man with a heart of gold has continued to spend so much on people, and just others are doing during this era of Corona Virus, he too is not left out, as he has kept sharing food stuffs to Nigerians whose economic means can't keep food on their table during this period of lock-down, as Government intensifies efforts towards winning the war against the virus.

Interestingly, this young man does not know about tribe, religion or ethnicity, as his gesture cuts across every part of the country, and refusing to be limited by the aforementioned factors. 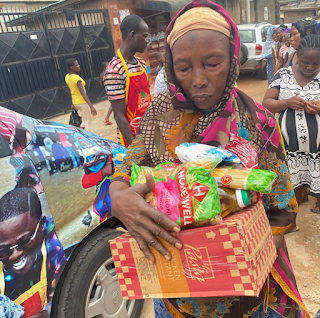 According to Mr. Adepeju Olukokun, his mission is to make sure that no single Nigerian goes to bed without a food.
And bear it in mind that all the photos contained in this post were all taken during Corona Virus era, to say, that none of his former philanthropic works are even here. 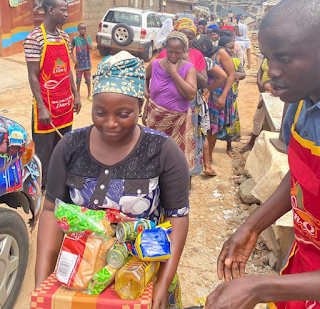 But to be honest, this young man has been doing enough, yet not been celebrated as much as he should, or as much as he has done. So, I don't know why Nigerians don't know how to celebrate great things like this one too. It is such an unfortunate reality that has become a trademark with our existence here. 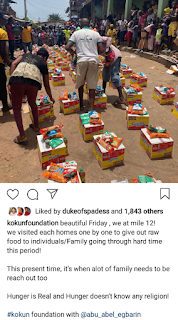 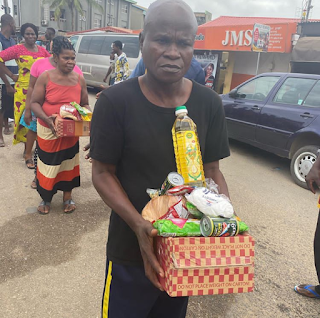