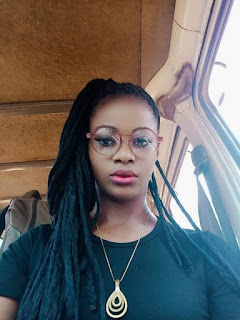 A young female member of the Indigenous People of Biafra (IPOB), Prisca Abel has denounced her membership to the group. She took to her social media page today May 25, 2020 to make known her decision.


Prisca equally tendered an apology to all those she might have insulted or wronged while defending the course of IPOB, making it clear that she wasn't mature enough then.
She went to list of my efforts towards making IPOB great and successful, and all the positions she held while she was an active member of the group. 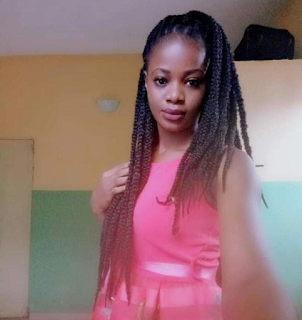 According to her: "My Name is Chukwuamaka Prisca Okehi A.K.A Onyenawaya. My Fb, Instagram and YouTube Page name Nwanyi Imo.

I was Once A Member of IPOB led by MNK. I was among the Writers who Brought the Government to their Kneels. I am the Former National Biafra Welfare (Victim Support Officer).

I left because of my Future or I will rather say, Discovered an unaccomplished potentials hidden in me. I never had any issues with any of them. ( I Still Love Them)". 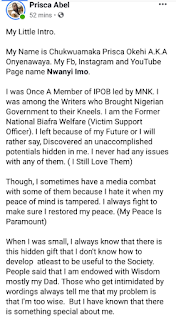 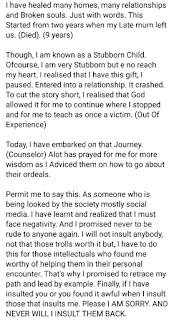 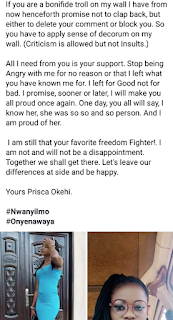 Further, she wrote a follow up post on her page, informing her audience of how someone wrote a piece about her decision, and admonished her for bringing such to the public. Then advised her to rather relieve herself of all the positions within the group that is distracting her while she still remain an active member of IPOB. 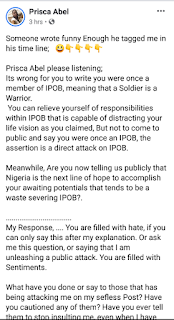 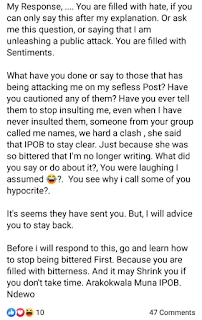