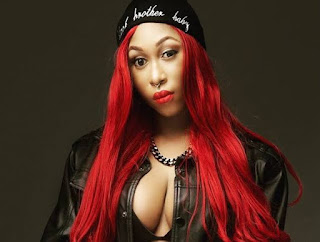 Cynthia Morgan has launched a new Instagram page in a bid to rekindle her musical career which went into oblivion few years back.


And surprisingly, the new Instagram page of the singer already has over 7,000 followers just few hours after it was opened.
Her new Instagram page which bears the name Madrina Cynthia Morgan instead of just Cynthia Morgan was due to the legal implications there in, since she has an unresolved contract issues with her former record label, Northside Inc, owned by Jude Okoye. 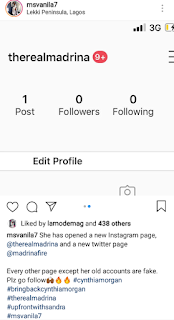 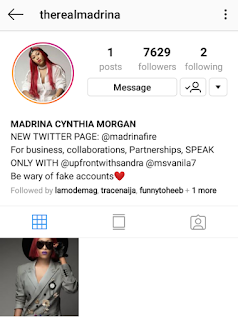 Cynthia Morgan emerged on the country's music scene with so much promising talents, envied by many, but things suddenly went negative for the singer that kept her out for too long, that made a lot of her fans and well wishers worry if all was well with her.

Until her recent interview where she revealed all that she has been through, including depression and her fall out with Jude Okoye's record label.
Just last night she held a video chat on Instagram, and 'Bring Back Cynthia Morgan' has been trending on social media, with cash donations for her already in progress towards reviving her career.