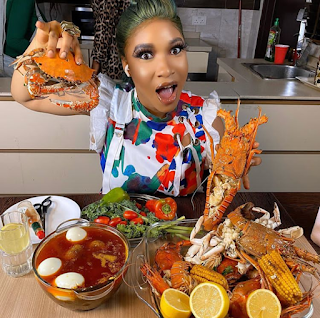 
The show is aimed at showcasing to the world the richness in African dishes.
Tonto made this known via her social media page, with it's first episode aired yesterday, April 30, 2020 on her YouTube Channel "King Tonto Dikeh". 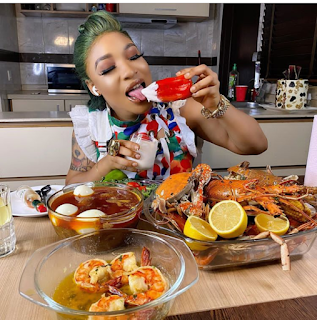 She promised to make the show as exciting as possible, with inclusion of other food genres around the world, aimed also at making it more easier and convenient for people to know where to find good dishes in any part of the world.

According to the actress: "You all know that I am way to good a foody.. so, I decided to start am a new YOUTUBESHOW, This show promises to be mouth watering, exciting and Fun in all the different ways... I want you to see what I see..."

Continuing, she said: "So, The Purpose of this show, is to be a flag bearer to the culinary world in Africa and offshore.

It will be a way to promote different culinary business around the world and also bring you different Food culture ,also make it easy for you to know where Good food are been sold in any part of the world you travel to." 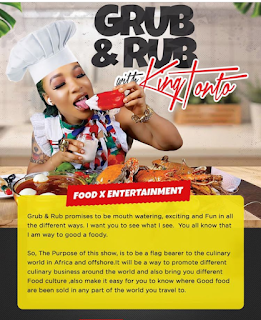 Tonto revealed also that the show won't just focus only on food, but will inculcate discussions on relationships, life, politics, religion and more.

"It won’t be just an eating show but we would also we discussing about life, relationship, politics , religion etc mildly while eating with CELEBRITIES AND FANS," she wrote.