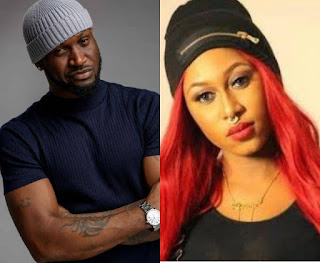 Peter Okoye, better known as Mr. P has taken a swipe at his elder brother, Jude Okoye over his fallout with another popular Nigerian musician, Cynthia Morgan.


Peter who took to his social media page moments ago to recall how people thought he was stupid for dumping his brothers, though unknown to them what he was going through then. His statement reaffirms the fact that things have remained sour between himself and his brothers, Paul and Jude Okoye.

Lending his support to Cynthia Morgan's decision to quit Jude Okoye's record label, Northside Incorporated, Mr. P said:
"And some people thought I was stupid when I made the right decision. My dear C Morgan! it’s never too late to be what you might have been. God will surely see you through and carry you through the storm. Keep believing." 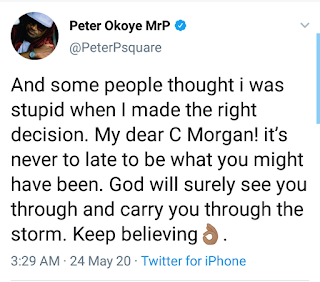 Recall that Cynthia Morgan who left the music scene for years recently returned with several revelations, including how she was never happy with her deal under Jude Okoye's record label, Northside Inc, which was why she refused signing a new contract with the music label, hence her fallout with Jude and his music company. 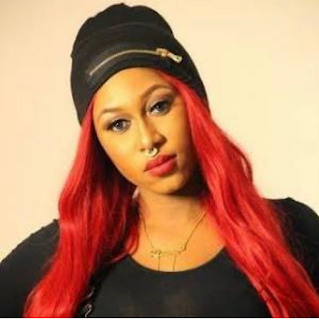 She is made it known that she has been down for the past 6 months but happy to be back again. But this time, she has a new stage name, Madrina because she lost the right of ownership to her former stage name (Cynthia Morgan) after she fell out with Jude Okoye.
Since appearing on a live video chat with fans via new Instagram page, Madrina, a trend 'Bring Back Cynthia Morgan's has started on social media platforms.