Photos: Emeka Ike steps out with his sweet looking daughter. 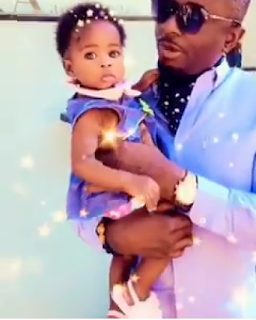 
The actor who took to his social media page to share photos of himself and his daughter captioned the post: "His glory abides." 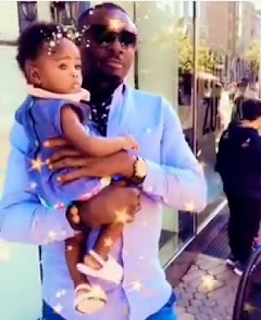 Recall, the actor welcomed his lovely daughter sometime in October of 2019, in Germany, with his beautiful South African wife, Yolanda Pfeiffer.
The Nollywood actor was previously married to Suzzane Emma for 17 years, until she later filed for a divorce in 2015. And her application for separation was granted in 2017, on the grounds of domestic violence. 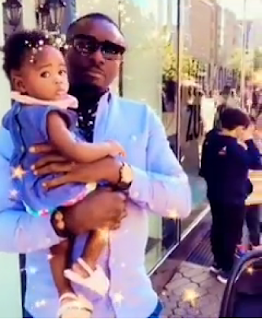 After which, the actor moved on with his life. Emeka later fell in love with South African model, Yolanda, and subsequently married her.

Emeka Ike has featured in dozens of Nollywood movies. And he has been drawn in a couple of controversies within the industry, including his power tussle with the actress Ibinabo Fiberesima, over who heads the National leadership of Actors Guild of Nigeria (AGN). 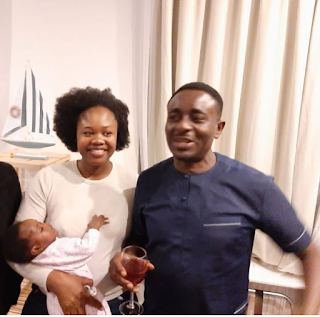