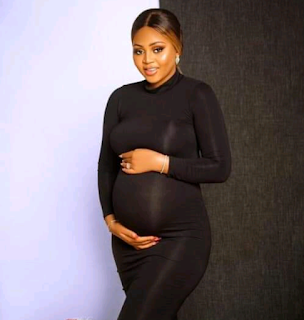 Nollywood actress, Regina Daniels showed off heavy pregnancy in new lovely photos shared via the social media platform. The actress looked all happy and smiles as she posed in the new photos. 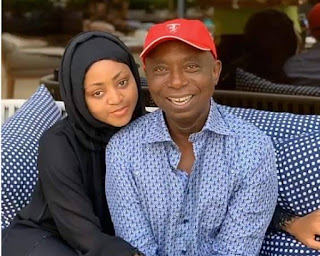 Regina is seen cuddling her baby bump in an adorable style as she steps out in all black light gown.
Pregnancy really looks good on the Billionaire wife, unlike most women whose looks and beauty are altered whenever they are carrying a new baby.

Her Billionaire hubby, Prince Ned Nwoko took to his official social media handle to announce the good news, sharing some photos of her pregant wife. He captioned the photos: "It's now official. I am excited to announce that my baby is having a baby." 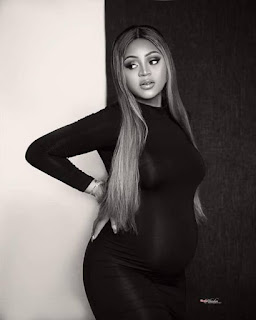 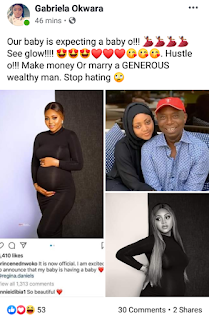 Recall the actress faced heavy backlashes when she got married to Prince Ned Nwoko. With many not happy that a woman of her age got married to a 68 year old Ned Nwoko, but she refused to be broken by all that. She proved that age doesn't play a major role where true love exists.