Samklef congratulates Davido on his new house at Banana Island. 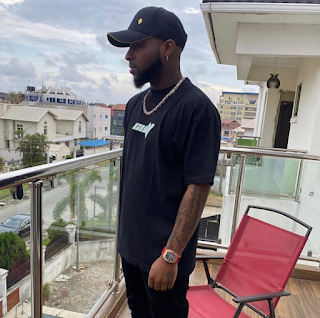 Nigerian music producer and song writer, Samklef has joined the league of friends, colleagues and well wishers across the country sending their congratulations to super star singer and music Executive, David Adeleke, popularly known as Davido on his newly acquired multi million Naira mansion at the Banana Island of Lagos State. 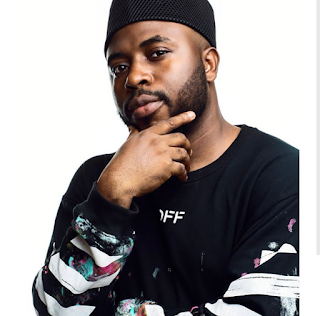 Samklef took to his social media handle moments ago to congratulate Davido on his new feat. The music producer was reacting to an earlier post by Davido which reads: "Moved to Banana (Island) with money I made from singing about Banana falling on someone. Cruise!” 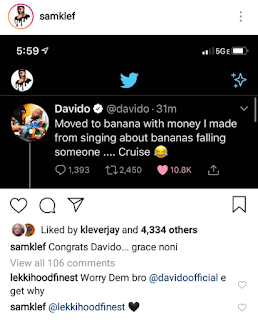 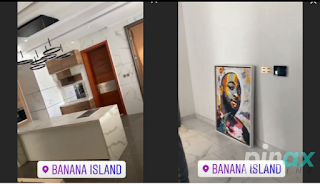